This past week saw the celebration of Independence Day in the US, of course, but also Canada Day north of the border. Over the winter of 1775-6, Maine was the setting for an audacious but ultimately failed bid that, if successful, would have had drastic ramifications for the history of both countries. Colonel Benedict Arnold, along with 1,000 continental soldiers, was dispatched on a secret mission to invade Quebec along the Kennebec River valley.

Today, the Kennebec-Chaudiere corridor, named for the two rivers that drain from the Maine highlands, is now an international scenic byway. The drive from Augusta to Quebec City, a trip of 8 hours by car, is today a pleasant road trip with spectacular views. But 240 years ago, Arnold and his men struggled for several weeks to navigate the rivers, lakes and swamps, cross the tail end of the Appalachians and wade through the snows of a Canadian winter. The Upper Kennebec was then a wilderness, largely uninhabited, and the expedition was working on minimal geographic knowledge.

The story of Arnold’s March is a fascinating one, and historians are fortunate enough to have not only Arnold’s own journal and  correspondence to George Washington to consult, but also a number of accounts by members of the expedition. In addition to the picture these paint of Maine as a true frontier state in the late 18th century, they also provide some wonderful incidents of encounters between New Englanders and French Canadians, people who, just a decade earlier, the Americans had been at war with, but now, they saw as fellow patriots against a common British enemy.

Indeed, the expedition, on its way up the Kennebec River, passed the Abenaki village of Norridgewock, which had been destroyed in one of the last Franco-British battles to be fought in Maine. “Massacre“, rather than Battle, is the term usually applied to the incident, in which 94 Abenaki, including women and children, were killed by English Maine settlers in retaliation for raids on their towns. Father Sébastien Râle, a French Jesuit, was charged with inciting the Amerindians against the New Englanders and was himself killed at Norrdgewock. By the time Arnold’s men passed through, fifty one years later, all that was left of what they recognized as “a considerable seat of the natives” [1] were the ruins of Father Rale’s chapel, or “mass house”, as the Catholic Church was dismissively described. The native survivors had fled to Canada, and a handful of New Englanders had moved in and established a rudimentary settlement at the falls. The example of the Norrdgewock settlement was repeated across the state’s interior. Following the British victory in “Father Rale’s War” tens of thousands of Amerindians moved north to Canada and French protection, accompanied by the French missionaries and fur traders who had inhabited the region. By the time of Arnold’s expedition, there were few remaining traces of Maine’s French colonial history (the exception being Acadians still living the region around the St John River).  The traces may have been few in 1775, but they were still there.  Not only did the expedition make use of a French boat design known as a “batteau“[2] but the expedition relied on Francophone translators and scouts.

Two members of Arnold’s company were of French heritage.  One Frederick Jaquin joined the expedition at Fort Halifax (Winslow). Apparently this is James Frederick Jaquin, a trader of French Huguenot descent with connections to Frankfort, (now Dresden) Maine. Jaquin served as a translator for the expedition, running  messages to French Canadian inhabitants of towns in Quebec and securing the support of the French Canadian population. A similar role was performed by Charles “Burget” (probably “Bourget”), a “French lad”, who joined the group at Fort Western (Augusta). When the expedition finally made it to Canada, Captain Henry Dearhorn, whose company Bourget served in, even stayed at the house of a M. Sansoucy, who was described as a relative of Bourget [3].

Of note beyond the Franco-American members of the expedition, however, is the experience of the New Englanders in Quebec. As evidenced by the Norridgewock “mass house”, the Yankees were inherently suspicious of Catholics and “the French.” One American, James Melvin, who witnessed priests administering the last rites and caring for the sick, watched the rituals with a mixture of curiosity and suspicion, recording them in some detail, but believing that the priests “read a spell” over the parishioner. [4]  However, he New Englanders were universally pleased to find the Canadians to be “kind” and “hospitable.” John Joseph Henry, a member of the expedition who was laid up sick and nursed back to health by a French Canadian family declared that his experience “made a deep and wide breach upon my early prejudices.”  He also expressed surprise that “where I expected there could be little other than barbarity, we found civilized men, in a comfortable state.” [5] The journals make clear that Arnold’s men would not have survived the journey over the mountains without the assistance of the French Canadians. Jaquin and others (including two Penobscot Indians) went ahead of the main force, and arranged for critical supplies to be sent on to the Americans, who had almost exhausted their stores before reaching Canada.  But beyond mere survival, how did the attitude of the Canadiens impact the expedition? Historians have argued about the attitudes of the French Canadians to the American invasion.
Arnold, In his letter to the inhabitants of Quebec, makes it clear that he wanted to be seen as “restoring liberty to our brethren in Canada”[6] liberating them from their British conquerors, and that the Canadians were to be seen as fellow patriots for liberty. On the other hand, one of his privates, Abner Stocking of Connecticut, noted that while the French Canadians “greatly admire our patriotism and resolution…they were too ignorant to put a just estimate on the value of freedom.” [7]
It is true, as some have argued, that the French Canadians had no experience of representative government, and may not have placed an especially high value on republicanism. They may also have feared that American promises of religious liberty would prove hollow. But the overriding factor was probably the weakness of their own position in relation to the British government, and the paucity of the American force. At risk of losing their livelihoods and indeed their lives if they betrayed not just the British but the French Canadian landlords who were allied with them, the habitants of Quebec would have been reluctant to risk so much without certainty of success. And Arnold’s by now disheveled group of men, without horses or cannon, and which by this time had lost the element of surprise over the British, would hardly have inspired confidence.  Issaac Senter, the expedition’s surgeon wrote
The peasants, however friendly disposed, thought it too precarious a juncture to shew themselves in that capacity [i.e. joining the American army], and those nigh rather retreated back into the country than give any assistance [8]
So the Canadians restricted themselves primarily to selling the Americans goods, at least until Arnold depleted the store of hard currency he had been given by Washington (the Canadians weren’t interested in paper Continental Currency, the value of which was precarious at best). But while most hung back, a number did step up. The St Francis Abenaki who lived on the upper Chaudiere volunteered about fifty participants [9], and enough French Canadians volunteered for (or were impressed into) service that two Canadian regiments in the Continental Army were formed. 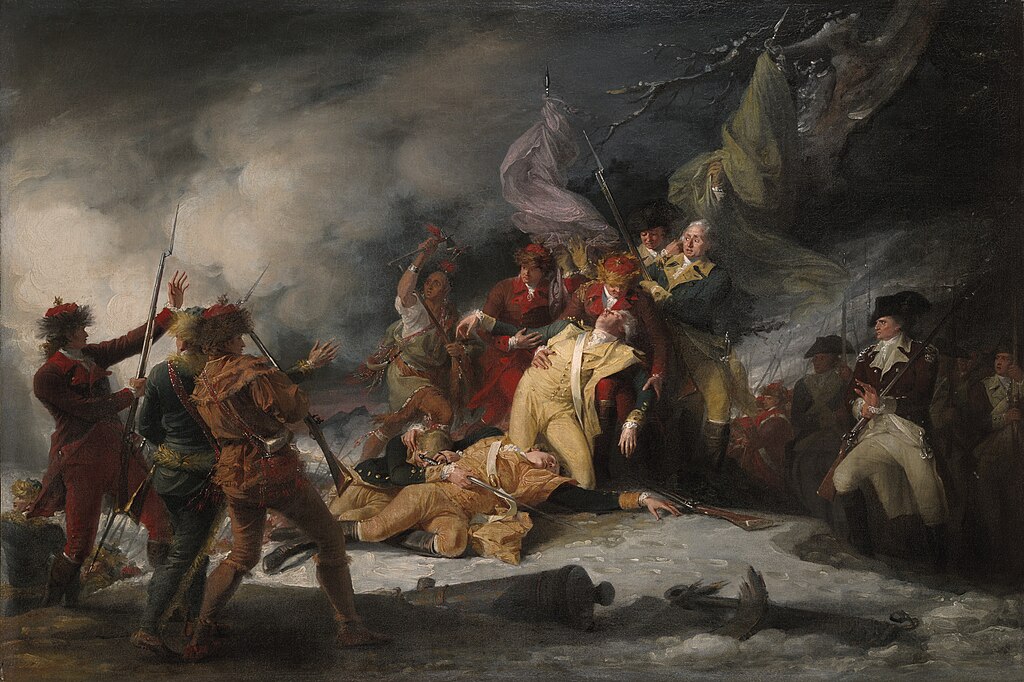 Ultimately the delay getting over the Maine highlands cost Arnold and his men dearly. They attempted to assault the city on New Year’s Eve 1775, but were repulsed.  A lackluster siege was ineffective without the artillery to take the massive fortress. Their scheme having been discovered weeks earlier, the British had been able to reinforce the city with regulars and ships in the harbor.  Eventually defeated by the Canadian winter, the American forces either surrendered to the British regulars in the city, or beat a retreat back to Fort Ticonderoga in New York state. The bulk of the soldiers and officers who had been captured made their way back to New England within the year, ransomed back on the condition that they not take up arms again.


The Americans never seriously attempted another invasion of Canada during the Revolutionary War. But when it ratified the constitution a few years later, Congress did not forget the Canadians. The Articles of Confederation, which were adopted by Congress in 1781, included a provision for Canada to join the union.  The stalemate of the War of 1812 and the success of Canadian Confederation in 1867 (the event which is commemorated in July 1st’s Canada Day.